Okay, maybe Shakespeare used a slightly different term in Richard III (I think it had something to do with a horse), but this would certainly be an apt replacement for many managers out there today.

As corporate purse strings tighten in the post-recession era and the need for ROI is seemingly ever-increasing, it’s not uncommon for workloads to expand without the corresponding increase in talent. And studies are finding that this is simply not good, either for short-term burnout or long-term health.

Technology has increased production efficiency—often at exponential levels—and it has also cut costs. The result is that budget-minded executives have found that paying for overtime work is actually more financially-attractive than hiring more people. The result of that is a stretched and overexerted modern workforce with far less free time than its predecessors.

That said, there are ways to buck this trend and ease day-in, day-out stress on your teams without jeopardizing output. This was the subject of an x.ai webinar I recently hosted: “Solving Team Bandwidth Problems.” I joined Jesse Hagen, x.ai Director of Content and webinar moderator, and Stephanie Syman, x.ai VP of Customer Experience and Communications, in discussing both the philosophy behind detecting team bandwidth issues and practical solutions to help right this ship.

We opened with two schools of thought from two experts on workplace psychology and performance.

The first involves the Growth Mindset and is based on the book Mindset: The New Psychology of Success. Stanford professor Carol Dweck explains two very different beliefs we can hold about ourselves and how they manifest in our careers. On the one hand, people have what she calls a Fixed Mindset. People who fall on this side of the fence believe who they are is fixed, which is to say their intelligence, creativity, etc. is set and unchanging.

Diametrically opposed to this is the Growth Mindset. This is the belief that you are a work in progress and, with enough focus and attention, you can control things like I.Q., competence, and so on.

When it comes to the workplace, it’s essential for managers to understand which one of these buckets their people fall into. For instance, if you take a Growth approach with a Fixed person, this could be very counter-productive because it may be seen as an attack on their performance. Shrewd managers preempt this by orienting their teams toward a collective Growth Mindset as the foundation.

Once people understand “that’s the way we’ve always done it” doesn’t have to be the guiding principle, that they can adjust the means to the end to avoid employee burnout, then they can transform their relationship to their work. As Stephanie added in the webinar,

“Being a good manager and being able to continually coach and support your team is also being open to things not working, acknowledging when all that you’ve been using isn’t quite doing the job, and experimenting with something new.”

The other theme we discussed is, on the surface, somewhat counter-intuitive. It’s based on Great at Work: How Top Performers Do Less, Work Better, and Achieve More by UC Berkeley professor Morten Hansen. Hansen bases his book on a study of more than 5,000 professionals over the course of 5 years. One of the issues today’s businesses face when it comes to bandwidth is that many of their people are trying to do too much, whereas others are doing too little. In trying to find the sweet spot, his research uncovered four different approaches to work:

• Accept More, Then Coast: Eager beavers who say they want to take on a bunch of projects, but then can’t be relied upon to finish them all.

• Do Less, No Stress: We’ve all encountered Mr. Minimum. This would be the adult equivalent of the kid in school who does barely enough for a passing grade.

• Do More, Then Stress: Type A super-people who say yes to everything, take on far too much to be heroes, and eventually burn themselves out.

• Do Less, Then Obsess: Hard workers with a more realistic approach to getting things done. They focus on a few key priorities and then accomplish them exceptionally well.

Hansen found that the Do Less, Then Obsess crowd far out-performed the other three personality types by as much as 25 percentage points. By narrowing priorities down to achieving just a few critical goals, you have no choice but to cut the fat. This is a powerful practice that forces you to evaluate what’s really important on a daily, weekly, and even longer-term basis.

At 15Five, we conduct weekly or bi-weekly asynchronous check-ins. Our people catalogue their top few priorities for the coming week and are asked what’s going well, where they’re having challenges, and how managers can help them overcome those challenges. Through the combination of self-reflection on their part and perceptive questioning on ours, we’re able to have very productive coaching sessions. The net result is a deliberate shift from transactional management to transformational management by ushering in healthier overarching work habits.

Looking to shift from transactional to transformational management and improve team performance? Give the 15Five Weekly Check-in a try!

15Five is not the only group implementing management insights from the likes of Dweck and Hansen. At x.ai, Stephanie brings a wealth of company-building experience to her role as Customer Experience lead. She’s responsible for just about every customer touch point around x.ai’s groundbreaking artificial intelligence (AI) scheduling assistants known as Amy and Andrew Ingram. This includes marketing, PR, events, webinars, and customer onboarding and support.

Stephanie’s broad scope means that her team of 12 is highly diverse. “We have almost one of everything and two of nothing.” As a result, it’s necessary to find specific tactics that encourage employee motivation and engagement, or even just treading water. Particularly in a startup environment like x.ai, it’s all too easy to find yourself drowning when a limited number of people are running around trying to accomplish a slew of goals at rapid-fire pace.

To minimize this, much of Stephanie’s work involves “de-risking” projects by concentrating only on initiatives with the likelihood of having the highest impact. She then doubles down on those work streams and focuses on keeping everyone on track. In other words, Do Less, Then Obsess.

Stephanie has a constant feedback loop where she’s reiterating priorities, overseeing their fulfillment, recognizing new shifts in trajectory, and then de-risking again to make sure their priorities are still the right ones. She couldn’t possibly lead a successful team under these conditions without 1) communicating well individually and at the group level, and 2) helping her people prune their roles and personal objectives.

Part of measuring this success is having the right KPIs in place at the outset. Similar to a limited number of priorities, fewer KPIs often lead to better results because of the laser focus they encourage. The keys are mapping individual KPIs back to company goals, ensuring they’re truly actionable and trackable, and reviewing them often to make sure they’re still relevant. 15Five’s 1-on-1s and x.ai’s Amy and Andrew, along with tools such as Slack, iSENSE, and Clubhouse, help measure KPIs, keep priorities on track, and facilitate team communication.

As a manager, you’re responsible for managing team Objectives and Key Results (OKRs) and helping individuals manage their own. To do this properly, you inherently need to fold in managing team bandwidth—both your team’s and your own—as one of your top priorities. This is not to say that exceeding capacity from time to time is a bad thing. Stretching your abilities and testing your limits (including those of your team) can be healthy if handled responsibly.

The line between challenged and overworked can be a thin one. Maximize your team’s talent without burning the candle at both ends by adopting the right approach:

1) Orient your team around a Growth Mindset rather than a Fixed Mindset and be open to course-correction on the way to becoming your best selves.

2) Cultivate work habits in the spirit of Do Less, Then Obsess by identifying only the most important priorities and then hitting those out of the park.

3) Head off bubbling bandwidth problems at the pass by keeping your eyes peeled for both explicit and implicit clues.

4) Establish realistic, measurable KPIs out of the gates and find the right tools for your business that will help check those boxes.

5) Don’t be afraid to push team bandwidth boundaries responsibly, which can lead to growth for everyone.

Most of all, communicate. Strategies and tactics will only take you so far, but regular, transparent dialogue helps leaders uncover what’s really going on within their teams so they can best support them. 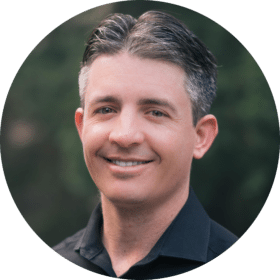